Blog | BLOK World | Extinguishing powders: what are they composed of?
Scroll down
17 February 2022

Extinguishing powders: what are they composed of?

Dry powders are the most commonly used extinguishing agents in active fire protection. Most devices contain dry powders which act on the flames cooling and inhibiting them. 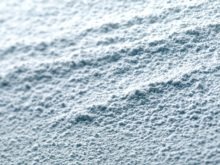 Dry powders are the most commonly used extinguishing agents in active fire protection. Most devices contain dry powders which act on the flames cooling and inhibiting them.

The ABC dry powder is the most popular and it is able to extinguish fires generated by solid, liquid and gaseous fuels: monoammonium phosphate (MAP) and ammonium sulphate are the main chemicals used for the production process of an ABC dry powder.

The so-called ABC dry powders (also called multi-purpose powders) are mainly composed of MAP and ammonium sulphate: to this bivalent mixture, powders producers add additives which improve the extinguishing capacity and the physical properties of the powder itself, such as flowability and density.

Monoammonium phosphate is an essential substance in the production of ABC powders: in fact, it is widely used in the fire protection market but, at the same time, you can find it in many other goods, such as fertilizers and flame retardants. Commonly called MAP, it is a versatile inorganic salt since it is extracted from mines and the main supplying countries are Russia and North Africa.

The second main component of the multi-purpose powder is ammonium sulphate, which is industrially synthetised starting from ammonia and sulphuric acid.

BC AND D DRY POWDERS: OTHER COMPOUNDS

As we already seen, MAP and ammonium sulphate are the main substances used in the ABC powders production. On the other hand, there are other powders used to fight against B, C and D fires, and these are a mixture composed of other kinds of chemicals, such as:

However, BLOK extinguishing powders show different characteristics in their physical and chemical issues, such as particle size distribution (particles dimensions, in the micrometres range) and bulk density. These ones are checked by our internal quality control laboratory according to EN 615:2009 standard, which certifies our products and guarantees extinguishing agents of the highest quality.

Discover BLOK and the extinguishing powders.

The moisture content is fixed, and it must not exceed 0.25% by weigh: this is to ensure…

Indoor pollution is due to a high concentration of volatile organic compounds (VOCs) in indoor environments, which…

The origin of our products: monoammonium phosphate (MAP)

MAP – or monoammonium phosphate – is a product which derives from phosphorus (P).